For the past few months I’ve been working on bringing Dash to iOS. I’ve finally reached a point where I can share what Dash will and won’t be like on iOS.

If all goes well, a beta of Dash for iOS will be released sometime in November, followed by an App Store release in December, hopefully 2014.

Note: This is a work in progress. Some things (e.g. icons) will be changed. 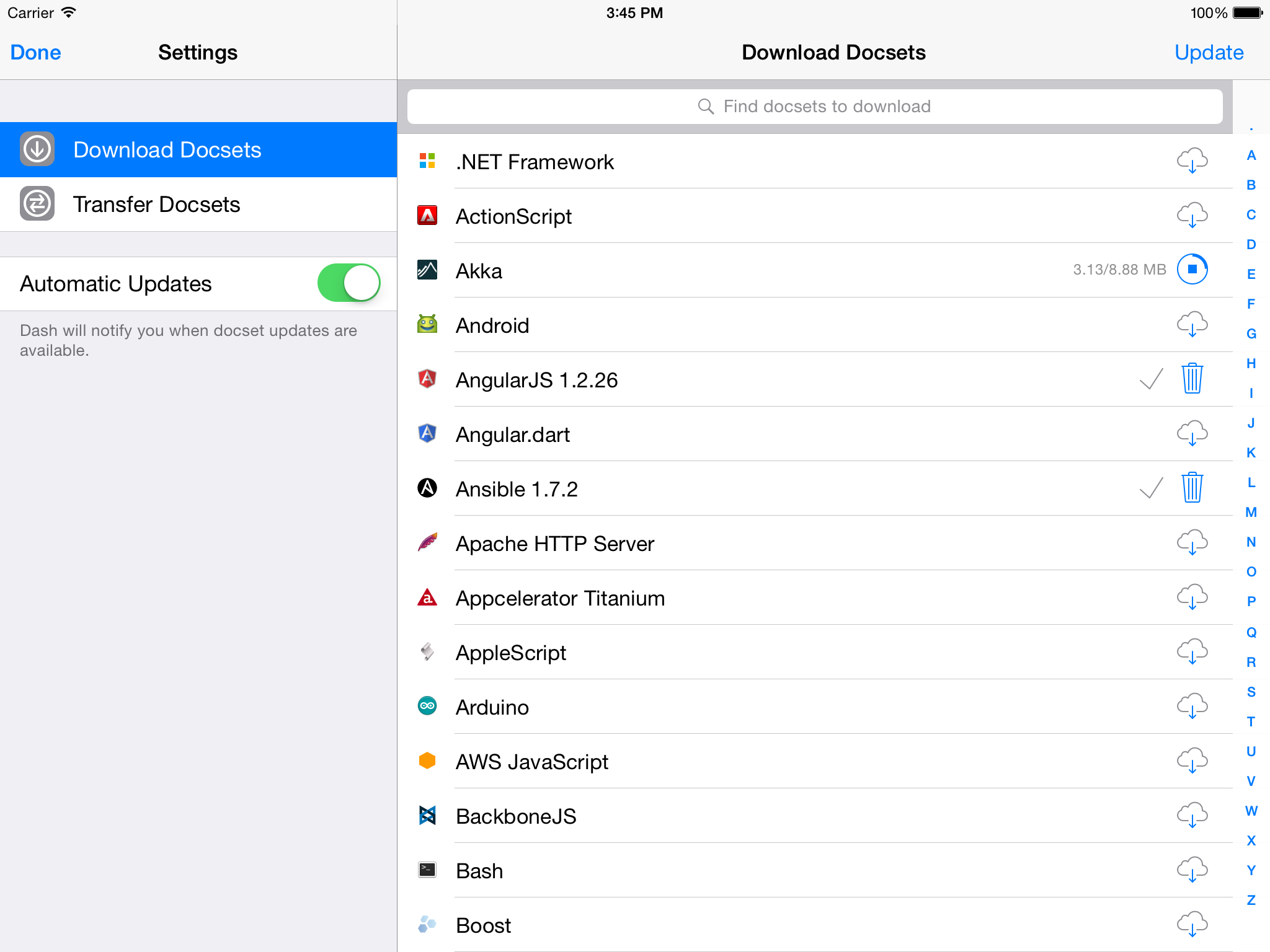 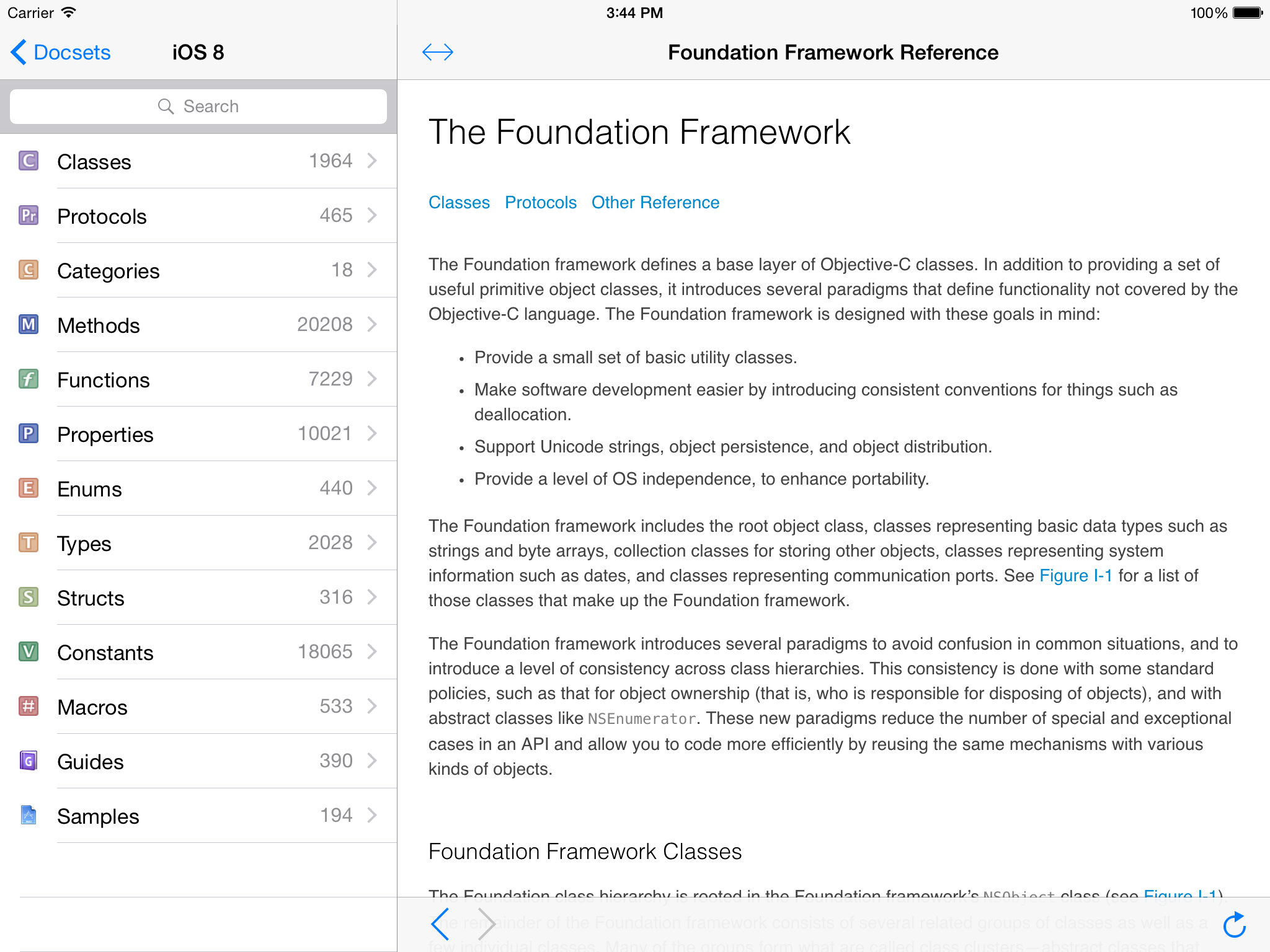 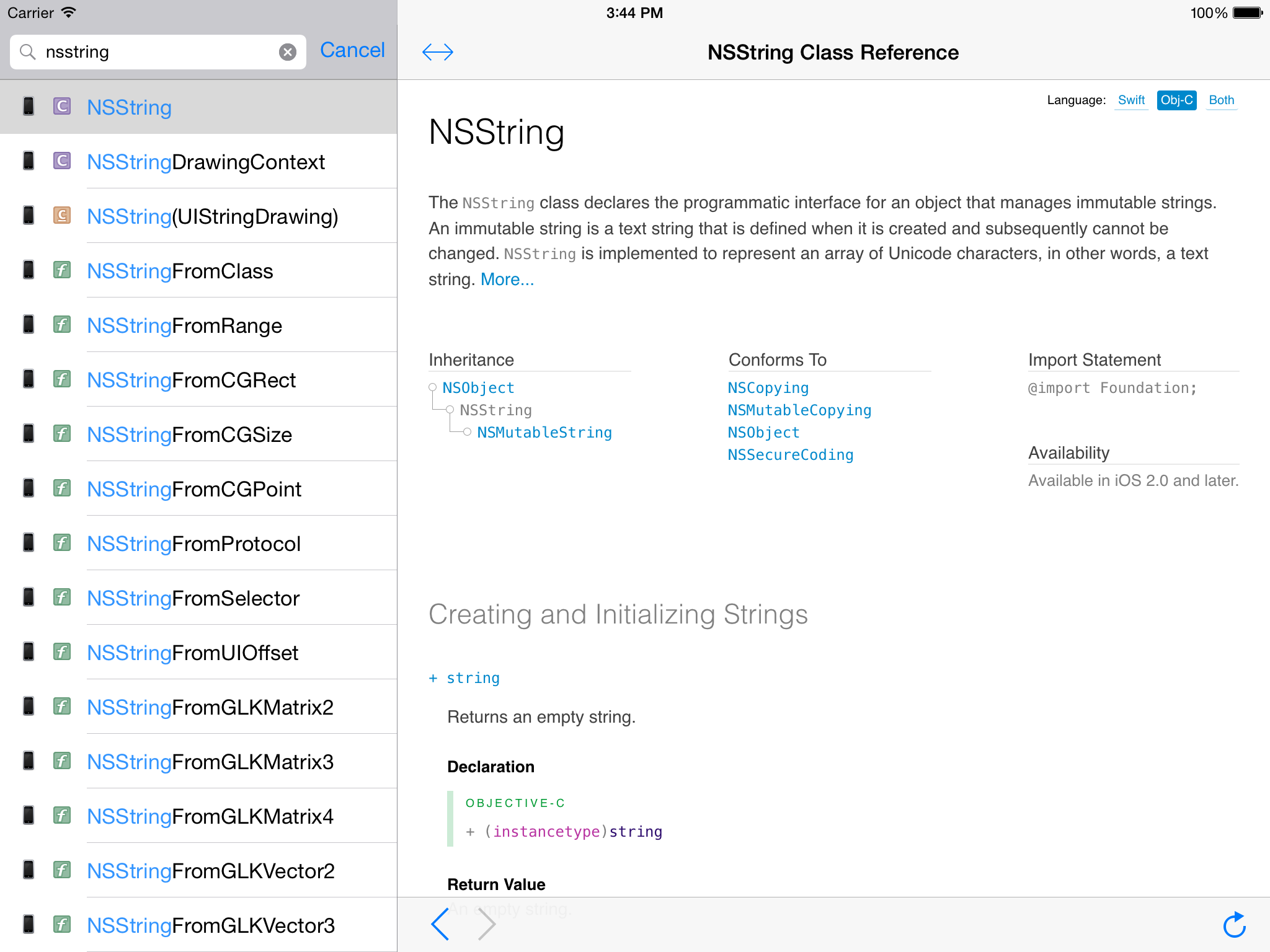